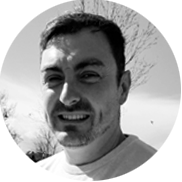 Conor graduated from UCD in 2015 with a BsArgi- Environmental science, focusing on EIA legislation and ecology. Following graduating Conor worked as a Research Assistant at Trent University, Ontario where he worked on multiple projects including environmental licencing for a large-scale smelter re-modernisation project in British Columbia. He has presented his research at a number of conferences in Canada and the USA. Since returning to Ireland, Conor has gained experience working within the food industry and mining sectors in Ireland. Conor has interests in biodiversity and conservation.

Our vision is to provide a service, founded on a reputation for innovative design creativity, engineering excellence and the provision of cost effective solutions.

Find The Best Advise For Your Project